When Defeat Has You Beat 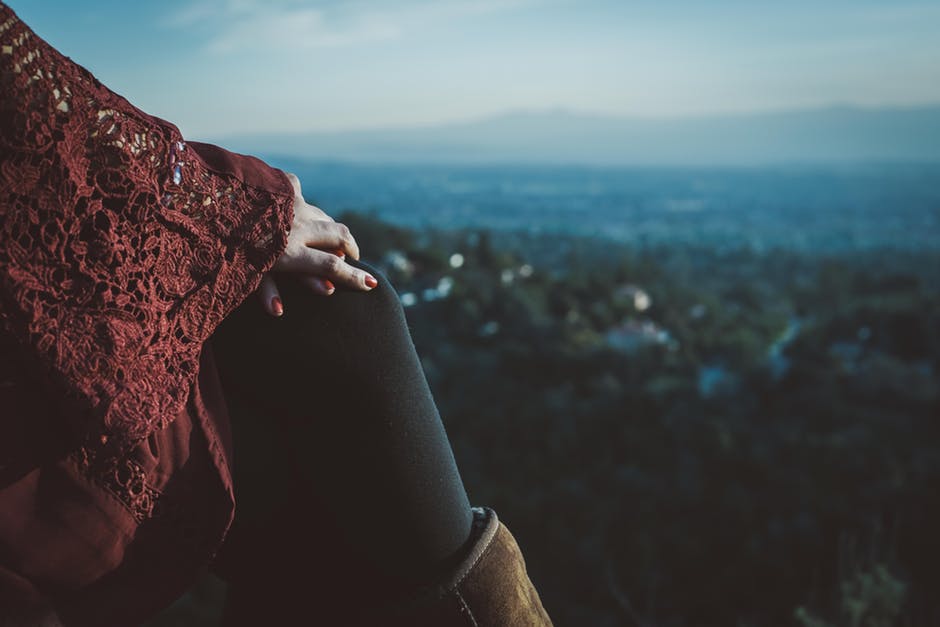 Do you ever find yourself wrapped up in tightly wound webs of discouragement? Lost in the crowd of a thousand thoughts whispering:

Defeat is an overwhelming feeling that you’re done for. It’s over. You’re stuck and hope has officially left the building.

I found one myself in one of those “webs” the other night, with negative thoughts choking out every good thing and every right thought. I stumbled down the hall as I uttered a mopey prayer, “God, I feel so confused and I don’t know how figure this out. What if I never get this right?” And in that moment, I remembered a verse I’ve heard a hundred times. But this time, I received the hope it offers:

“We are hard pressed on every side, but not crushed; perplexed, but not in despair; persecuted, but not abandoned; struck down, but not destroyed.”
2 Corinthians 4: 8-9

Paul (the author of 2 Corinthians) had every reason to feel ALL of these things. Between insults, harshness from religious leaders, and persecution around every corner, I imagine defeat was daily knocking at his door. Even still, he offered these words of hope to a people who were battling feelings of caving in, and I believe we can learn from them too.

We are hard-pressed.
We’re all up against our own trials. Some bogged down by busyness, drowning in the demands of this season of life while others are surrounded by trouble day after day. Marriages are hurting, people are suffering, and we ache for those we love who are taking a couple rounds through the ringer. We’re pressed. We’re tried. We feel 100% done. Even still, we’re…

Not crushed.
These burdens weigh heavy, but they can only PRESS, not CRUSH.
The most beautiful picture of this truth is found in the process of an olive. Olives are squeezed and pressed, but this process doesn’t ruin them. In fact, it is out of the pressing process that brings out the most valuable part of an olive—it’s oil, which can only be extracted by pressing it. Though our trials seem like they might ruin us, they won’t.  Rather, they’re producing in us perseverance and soul-refinement that builds in us a deep-rooted faith that won’t falter when times get tough.

We’re perplexed.
Confusion can be such a lonely place. With confusion comes the fear that we are alone in our struggle and we’re never going to figure it out.  In the unknown, in the waiting, and in those times when God seems silent, it’s easy to fall into a dark pit of apathy wondering if we’ll ever get out. We may be stuck and uncertain, but we’re–

Not In Despair.
To fall into despair is to be beyond hope. With Christ, we never have to be without hope. He won. He wins–every time. Somehow, those battles we thought we’d never see through–we did. Those hard times that seemed unbearable– we walked out of them in tact. Somehow, He always carries us through. Though we might be unsure of what comes next, we don’t have to succumb to defeat. As David writes in the Psalms,

We’re Persecuted.
Being misunderstood is a hard thing.  When we don’t see eye to eye, when disagreements divide relationships, and when harsh words are spoken in the name of “being right”, it’s only natural to feel isolated. Even in the abandonment of man, we can dare to hope, because we’re..

Not Abandoned.
We’re never abandoned by God. Through every change, hard season, and time of doubt, He never leaves. What a comfort! Though man might choose to walk away, God never walks away from us, despite the mess we might go through. We may feel persecuted by family, friends, or random strangers, but God doesn’t forsake us. He is always for our good and He strengthens us in those hard places. He is so faithful to us.

We’re Struck Down.
Discouragement hovers over hearts like a plague and is capable of convincing hearts that they’ll never be able to “function” again. Some of the trials we go through leave us wondering if we’ll have the strength to get up and  move on. There are times our lives feel so wrecked, chaotic, and hurt, but we can take courage in knowing we’re…

Not Destroyed.
“For though the righteous fall seven times, they rise again.” Proverbs 24:16
Aah…We will rise again.
We’re not promised that we won’t fall, get knocked down by life, or trip over our sin or others’ sin, but even still–we’re not destroyed. We’re not done for. There is still work to be done and there is still a story to tell.

When defeat has you beat, take courage.
For trials can press hard on a heart, but they can’t ruin it.
Confusion’s fog may cloud your vision, but you don’t have to despair.
Being misunderstood may leave you feeling alone, but take heart–He gets you.

The power defeat can have over our lives is strong, yes. But every time– He is stronger.